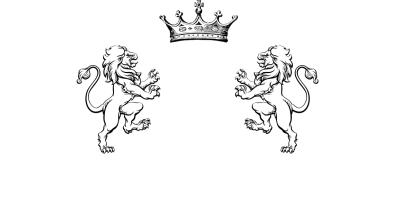 Free shipping when you spend $150 or more. Excludes selected furniture.

The Queen. Author: Andrew Morton. Paperback. In this entertaining and insightful biography of Her Majesty Queen Elizabeth II, award-winning writer Andrew Morton, author of Diana, Her True Story, takes you behind the scenes to uncover the woman and her world.

The Queen. Author: Andrew Morton. Paperback. In this entertaining and insightful biography of Her Majesty Queen Elizabeth II, award-winning writer Andrew Morton, author of Diana, Her True Story, takes you behind the scenes to uncover the woman and her world. For years she prayed for her mother to give birth to a son. She longed to be spared her destiny as Britain’s future Queen. Her dream was to live in the country surrounded by children, dogs and horses.

But Elizabeth did her duty, the young princess pledging before her people that she would dedicate her whole life to the service of Britain and the Commonwealth. She hoped that that day would be a long way off. It was not to be. Only twenty-five when she became Queen after the premature death of her father, King George Vl, Elizabeth has become the stuff of superlatives: the longest reigning, most travelled and, for a shy woman, the Queen who has shaken more hands and made more small talk than any other monarch in history. She has been seen and believed by millions, either in person, on television or film.

Elizabeth was set firmly on the road to becoming sovereign because of the D word – divorce. In 1936, her uncle David, King Edward VIII, wanted to marry a twice-divorced American, Wallis Simpson. When he couldn’t he abdicated. Since that national trauma, divorce and the fall-out from divorce has shaped her reign. She has witnessed her sister Margaret, three of her children and several grandchildren divorce. And she has lived long enough to see the wheel turn full circle, watching as another American divorcee, Meghan Markle, walked down the aisle with her grandson Prince Harry.

While her reign has been defined by divorce, her private life has been moulded by an irascible husband, an extravagant mother and a querulous eldest son. In the winter of her reign she refereed a war between two of her grandsons, brothers William and Harry who were once inseparable friends. As she celebrates her platinum anniversary, the first monarch to reign for seventy years, she has, during a once in a lifetime pandemic, become the reassuring face of hope and optimism, the grandmother to the nation.